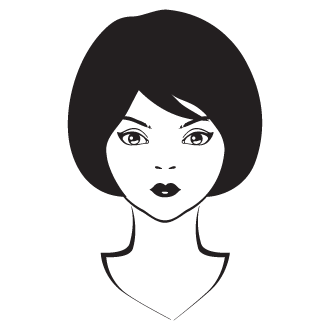 With the rise of fully automated cars that practically drive themselves, auto service may change a lot over the next few years, but then, again, many aspects of it will stay the same. Hi, my name is Brenda, and I have been obsessed with anything futuristic ever since I fell in love with the "Back to the Future" movies as a kid. Since I grew up on a farm, I also learned a lot about cars, tractors and machinery at a young age. I find what is happening in the world of automobiles right now to be terribly exciting so I wanted to start a blog on the future of auto service. I hope you enjoy these posts.

A car radiator is one of the most critical components in a vehicle system, without which the car engine would overheat as it burns fuel. The main function of a car radiator is to get rid of extra heat made by the engine by dissipating it through coolant.  Most of the car radiator problems stem from the effects of heat and pressure contained within the cooling system. This article discusses the most common car radiator repairs.

With time, mineral deposits buildup in the coolant tubing making it narrow and restricted, thus disrupting the smooth flow of the coolant. Since the coolant is the fluid responsible for absorbing the heat from the radiator and carrying it away, a restricted flow will hinder the cooling process hence contributing to overheating of the radiator and limiting your engine performance.

The thermostat is the temperature control gauge that determines the level at which the cooling intervention of the car system can begin. If this component is faulty or inaccurate, it may cause the radiator to overheat before allowing the coolant to flow in and carry away the excess heat. Coolant flowing at the wrong time due to a faulty thermostat can cause engine overheating, and the best way to solve this is to replace the thermostat with a functional one.

The hose is the passageway through which the coolant flows between the radiator and the engine.  When it becomes brittle, it is prone to cracking and in turn this causes leakages. On one hand, leakages mean insufficient coolant will be available to carry away the heat from the radiator and on the other; the leakages can damage other components within the engine system thus causing an even larger damage.

A radiator is prone to rusting because of the fact that it has metallic parts. The latest designs of radiators have a plastic top to minimise the effects of rusting, but even with that, the internal components of the radiator are constantly under the threat of rusting due to their exposure to moisture. As the internal components slowly waste away due to rusting, the radiator becomes inefficient making it work extra hard to barely maintain the performance threshold. This causes overheating. To solve this, the radiator should be flushed to get rid of the accumulated rust.

In addition, to the above it is recommended you take your car for servicing regularly to avoid emergency radiator breakdowns and inefficient engine performance.